Ancient sites, world-class museums, award-winning bars and restaurants. Europe’s oldest city is the perfect blend of the ancient and modern.

Your Travel Guide to Athens

Your Travel Guide to Athens

Ancient sites, world-class museums, award-winning bars and restaurants. Europe’s oldest city is the perfect blend of the ancient and modern.

When people ask me what they should pack for Athens, I often reply, “pack your curiosity and stamina, as you’ll need both for the adventure that awaits”.

Athens: the capital of Greece, is the oldest city in Europe and the perfect blend of ancient Greece and modern Greece.

Most people have the image of the Parthenon sitting on the Acropolis. But there are so many things to do in Athens that will excite you just as much.

Whether you’re looking for an unforgettable weekend, extended holiday, or vacation, my travel guide to Athens is your go-to source for the best this city offers. From its ancient sites to vibrant nightlife, there’s something for everyone in Athens.

Before you explore the rest of my travel guide to Athens, please take a look at my brief guide at the end of this page to get to know Athens just a little better. 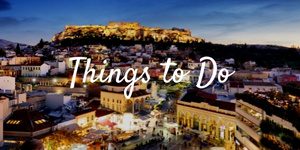 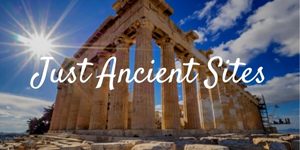 Getting to KNow Athens

Athens: the very word sums up the feeling of ancient Greece. But did you know that the centre of Athens is split into two parts: Centrals Athens North and Central Athens South?

Central Athens North
Broad 19th-century avenues link the varied neighbourhoods of the northern part of the city centre. With its upscale shops and cafés, chic Kolonáki is the place to see and be seen.

A younger crowd hangs out in the rembetika dives of gritty Exárcheia, close to the National Archaeological Museum. Along the area’s southern edge is a parade of fascinating museums, including the War Museum, Benaki Museum, and the Museum of Cycladic Art.

Or, how about a trip up Lycabettus Hill: the highest hill in Athens with one of the best churches sitting right on top? The views from here are amazing.

Beneath the mighty crag of the Acropolis and in and around the ruins of the Ancient Agora, this oldest part of the city is a delight for history buffs, bar-hoppers and shoppers.

The neighbourhoods of Monastiraki and Acropolis are the main places to go for some of the top things to do. Full of so many of the best museums, ancient sites, and churches, but also tavernas and flea markets.

Of course, we have the Acropolis of Athens, including the Parthenon and the Odeon of Herodes Atticus. But just within a few minutes’ walk, there’s the Temple of Olympian Zeus, the Metropolitan Cathedral of Athens, the Ancient Agora of Athens, and the number one museum: the Acropolis Museum.